I AM SO EXCITED.

SERIOUSLY I AM SO EXCITED.

Do you know what THE DOUBLECROSS is? Allow me to tell you, in this hastily-written (sorry) blurb:


Everyone in Hale’s family is a spy, going way back. His great grandfather. His grandmother. Both his parents. They’ve all worked for the Sub Rosa Society, an elite, top secret organization—so top secret that new agents aren’t recruited; they’re born.
Unfortunately for twelve-year-old Hale, he was born (as his mother puts it) “big-boned”– or (as his SRS classmates put it) “fat”. Despite the fact that Hale can diffuse an explosive, don a disguise in seconds, and speak eleven languages, he’s often overlooked by his SRS classmates because he’s not so great at running, fighting, or back-handspringing over a laser grid.
But one day, Hale’s parents are kidnapped by a rival spy organization, and it turns out Hale– with some help from his little sister, Kennedy– might be the only one who can save the day. The trouble is, when everyone’s a spy, who can you trust?

It’s a middle grade– my first! And I love it so much. It’s so much fun. It’s funny and adventure-y and antics-y. It’s full of missions and full of family and full of heart and full of explosives.

And here’s the cover for THE DOUBLECROSS (and other skills I learned as a super spy), which I adore: 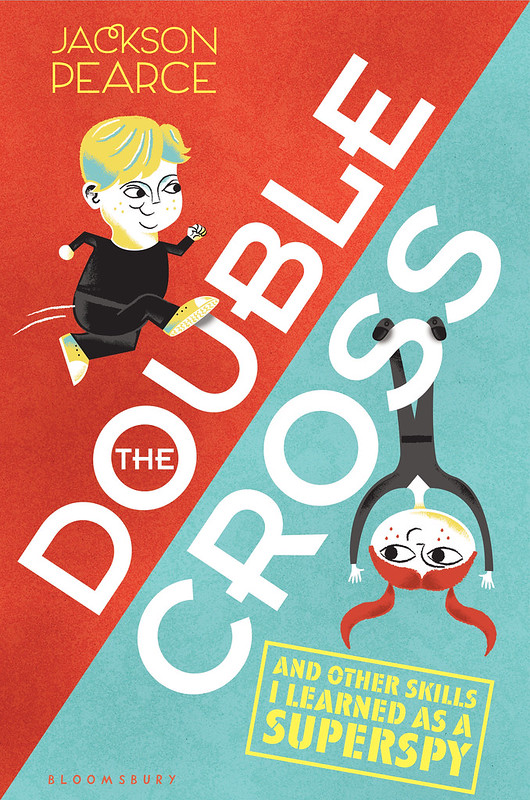 DID I MENTION I’M SO EXCITED?